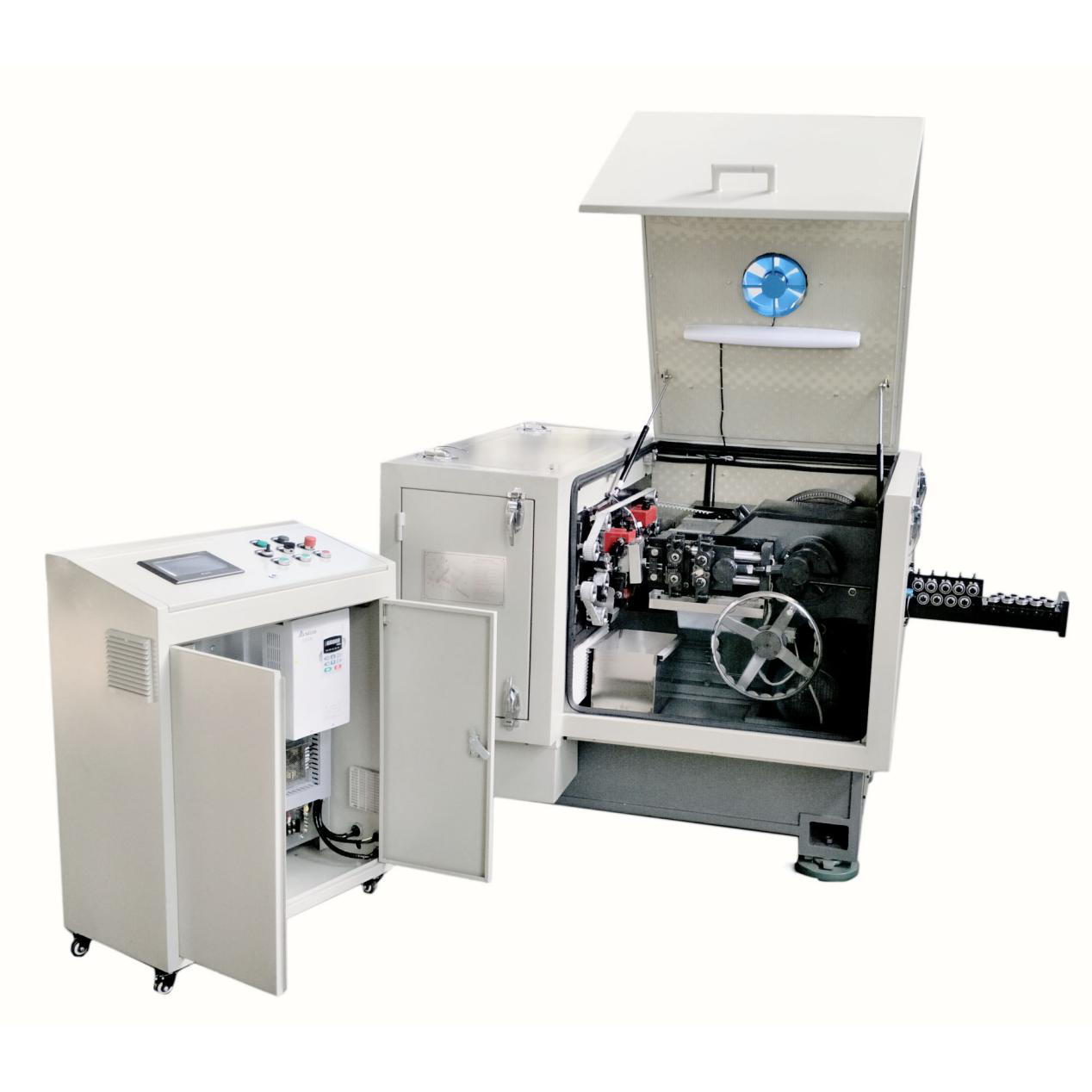 The specific process control is as follows:

During the working process of the steel row nail automatic rowing device, the object to be tested is the steel nail, and the steel nail is relatively small (diameter 2.2mm, length 50mm), so the general sensor can not be detected. Here, an inductive proximity switch is selected.

The inductive proximity switch belongs to a position sensor with a switching output. It consists of an LC high-frequency oscillator and an amplification processing circuit. When a metal object approaches the oscillation induction head capable of generating an electromagnetic field, an eddy current is generated inside the object. This eddy current reacts to the proximity switch, causing the proximity switch to oscillate and the internal circuit parameters are changed, thereby identifying the presence or absence of a metal object, thereby controlling the on or off of the switch. The object that this proximity switch can detect must be a metal object. According to the mutual position of the skateboard, the cylinder, the push plate and the collecting bucket, the pusher proximity switch parameters are: model J18-D8PK; working voltage DC24V; current 200mA; detecting surface diameter is 18mm, detecting maximum distance 8mm. The nail head detection proximity switch parameters are: model LJ8A3-2-Z/BX; working voltage DC24V; current 300mA; detection surface diameter 6mm, detection maximum distance 3mm.

An electromagnet is an electrical device that generates a suction force to a ferromagnetic substance after being energized and converts electromagnetic energy into mechanical energy. It is widely used in the field of engineering technology. There are many types of electromagnets, but their basic components and working principle are the same. The structure of the electromagnet is not very complicated, and generally consists of three main parts: the coil, the core and the armature. However, it is also possible to have no armature, and to use the work object as a movable absorbing body, which is equivalent to the role of the armature. The electromagnets can be divided into a holding type and a suction type according to the action mode. Holding electromagnets are used to hold any mechanical parts, loads of magnetic materials, objects being processed and transported, and the like. This electromagnet has no armature of the movable portion, and the magnetic flux is closed by the held workpiece (of course, the workpiece is a ferromagnetic substance). The attracting electromagnet itself has a moving armature. When the coil is energized, the armature is attracted to a certain distance and this motion is transmitted to other loads that require mechanical motion.

According to the type of power supply of the excitation coil, it is divided into a DC electromagnet and an AC electromagnet. The coil of the DC electromagnet is connected to direct current, and the established magnetomotive force does not become constant magnetic flux with time, and there is no overcurrent and hysteresis loss in the core. The core material can be made of monolithic steel or engineering pure iron. The processing is convenient, and the core of the coil part is often made cylindrical. The excitation coil of the AC electromagnet is connected to an alternating current, and the established magnetic flux varies with a certain frequency of the power source. Therefore, the ferromagnetic object through which the magnetic flux passes has overcurrent and hysteresis loss. At this time, the iron core can no longer be fabricated from a single piece of steel, and is usually formed by stacking a plurality of very thin electrical steel sheets. For ease of manufacture, the core is square and the coils are often square.